School closes for the Easter holidays on Wednesday 31st March at 2pm.

In History, we learnt about the process of mummification. The Ancient Egyptians invested a lot of time mummifying the dead because they believed that the body needed to be well preserved so that it could be used in the afterlife.

First, we washed the fish to get rid of the blood and scales.

Next, we made an incision along the body and removed the organs, but we left the heart to be weight against the feather of truth in the afterlife.

After that, we chopped off the head because the brain was not considered important in the afterlife.

Then, we rinsed the fish again thoroughly before drenching it in natron(salt and bicarbonate of soda).

The Ancient Egyptians would have left the body to soak in natron for about 40 days, but we were running out of time! Plus, we didn't have resin to pour over the fish!

Penultimately, we wrapped 'Plaster of Paris' bandages around the fish and left it to dry for three days.

Finally, we drew hieroglyphics on the body (prayers from the 'Book of the Dead') to make sure that its soul gets to the Gates of Yaru!

Year 4 was incredibly lucky to have Rainbow Theatre visit Heathrow Primary to do an immersive theatre production, which dramatised the thrilling and fascinating story of Moses and his fight with Pharaoh. The children thoroughly enjoyed teleporting themselves back in time to bring the story of Moses to life. It was delightful to watch them take on the role of Egyptian school children, farmers, Pharaoh’s soldiers, and the Hebrew slaves to gain a better knowledge of Egyptian culture and history. Experiencing the plagues of Egypt, the terrifying Angel of Death and the crossing of the Red Sea fascinated the children, as these are events in the book and film that made us sit white- knuckled on the edge of our seats. All in all, it was an educational experience! 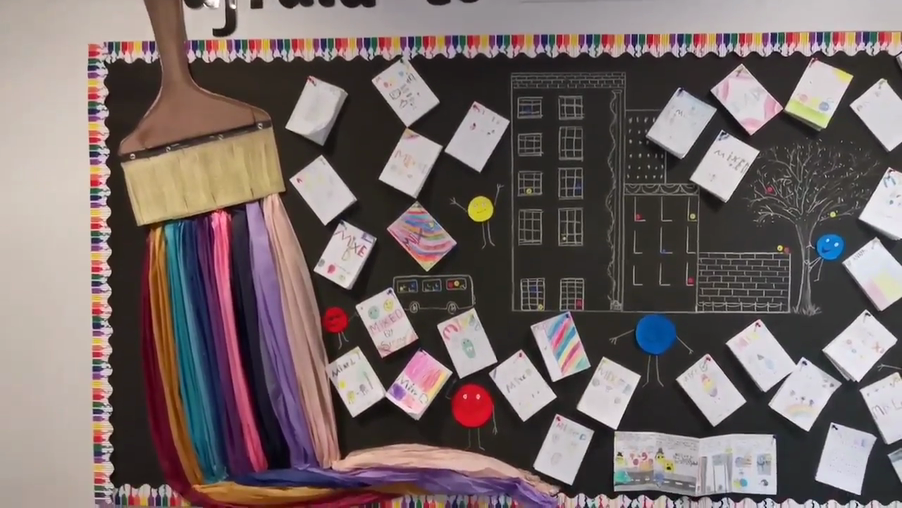 We listened to the story Mixed by Arree Chung and created our own booklets of the story. The story taught us that being diverse is wonderful, and that we should all live in colour harmony.
Top

Unfortunately not the ones with chocolate chips.

Some cookies are necessary in order to make this website function correctly. These are set by default and whilst you can block or delete them by changing your browser settings, some functionality such as being able to log in to the website will not work if you do this. The necessary cookies set on this website are as follows:

Cookies that are not necessary to make the website work, but which enable additional functionality, can also be set. By default these cookies are disabled, but you can choose to enable them below: